INFO
At the helm of the Norwegian club scene, Vinny Villbass is the next to release on Eskimo Recordings with ‘The Itch’, featuring remixes at the hands of highly acclaimed duo Whatever/Whatever and Berlin resident Alejandro Mosso.

Finding his way back onto Eskimo after ‘Lust For Wrong’ featuring Ost (from Ost & Kjex), Vinny Villbass unveils his latest offering. ‘The Itch’ unfolds with haunting synths that infiltrate the lower frequencies, progressing into an array of emotive chords. Heavy atmosphere penetrates the outer layers of Whatever/Whatever’s remix with rich keys carrying the melody into an acid tinged dancefloor affair. Alejandro Mosso offers a further interpretation with tribal, broken percussion underlined with stirring intensity.

Vinny Villbass has operated as a musical peace envoi and Norwegian club DJ for almost 15 years. He’s behind the Badabing, Sunkissed nights and runs his djcommunity
and web radio OsloClubCast. He’s also one of the curators behind the ‘Pantha Du Prince & The Bell Laboratory’ project and formerly played guitar in diskJokkeBand.

Justin Strauss ( of Milk ‘N’ Cookies fame) has become one of New York City’s most iconic producers and DJs, spinning at all of the best clubs in the world. In 2008, he teamed up with Bryan Mette to form the duo Whatever/Whatever. They’ve remixed the likes of LCD Soundsystem, Woolfy and Yacht at the height of the Indie dance scene around the start of this decade and are now breathing new life into the project with recent remixes for Inflagranti, Pollyester, !!! and.. Vinny Villbass.

Argentinian born Alejandro Mosso has been releasing music since 2004 and recently appeared on Prins Thomas’ ‘Paradise Goulash’ with the track ‘Tre Melodi’ (with Joachim Holm). Since he founded his Mosso label in 2011 and signed a Live recording for Cocoon Ibiza in 2013 his profile has been in steady growth. 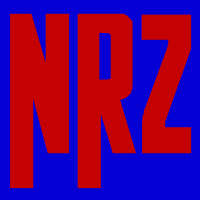 About the Author Nacho Ruiz DJ